When in Rome, do as the Romans do.

The goal of this article is to highlight some cultural biases linked to certain Italian areas when it comes to (inter)national qualitative research. Such biases bring limitations to the clients’/colleagues’ perception, and consequently, to the results of their research.

It is not, nor could it be, a vade mecum or a how-to-go-researching handbook for foreign people conducting international research in Italy. I would consider it an offense to my peers’ intelligence and experience. My aim is not to suggest how to pick this or that Italian city for your research, nor for what industries/topics these cities would be most insightful. The many particularities of whatever country are not carved in stone, and even less so in today’s liquid (Baumann) society, where traditional patterns are replaced by fluid, undetermined choices. My aim is instead to encourage the reader, upon receiving an international brief, to seek local researchers’ recommendations (for example, in the QRCA network) about the strategy and recruitment that would cover the key differences between several cities in several areas of a country. As we all know, in order to have the big picture, we need a large amount and quality of details—within the confines of the budget or research topic.

Nor do I suggest that you follow the example of an international colleague who was requested some years ago to moderate a very large number of focus groups in Asia. When I asked him if he studied the local characteristics in advance, he answered that he “only needed a good interpreter,” and with that answer, he dismissed the entire cultural anthropology branch of science.

Please consider the following article as a reflection made under the shadow of the Italian flag, but suitable for the whole globe—and for future marketing researchers who might find themselves researching the populations of other planets in different constellations from ours. 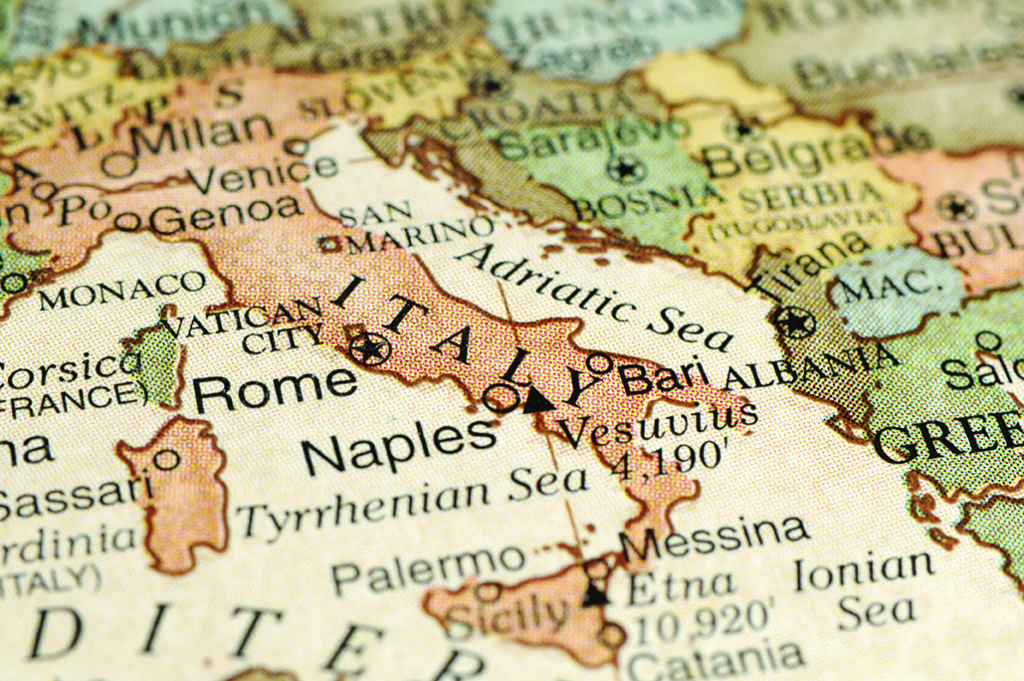 So What Are These Biases I Am Talking About?

Recently, while sharing opinions with other Roman researchers, we have noticed a worrisome trend. Many projects (most of them qualitative), particularly those commissioned from outside Italy, are exclusively implemented in specific Italian cities, as opposed to what should be a good practice-based, nationally representative sample. For example, Milan, located in Northern Italy, is favored to the detriment of Rome, the capital in the centre, or Naples and Palermo in the south.

As international colleagues and clients report, this is usually because some cities in the centre and south of Italy are subject to hearsay or common bias. This is a consequence of the historical presence in our territory of French and Austrian, as well as Spanish and Arabian cultures. This influences specific local cultures, as well as creates specific prejudice. Still today in fact, Northern Italy is considered avant-garde while Central and Southern Italy are perceived as old-fashioned and less up-to-date. This is a kind of “meme” (i.e., commonplace bias that commonly spreads by a process of imitation), not free from a pinch of prejudice, generated possibly in other areas of our peninsula: the disdainful Uncle Tom’s Cabin phenomenon. For at least 150 years, by sheer chance, the meme of a busy north and of a lazy south has spread abroad. This can be seen happening in other areas of the globe where the differences between north vs. south or west vs. east possibly mark similar differences and biases.

Every city has its memes. However, these should never affect the perception of local technical skills. It is a matter of fact that respondents, researchers, recruiters, interpreters, and research agencies of either good or bad quality exist in any geographical area, in any country. Therefore, the democratic constructive criticism is one thing, but the banal cliché is a different one.

On the other hand, we all know that premium-quality research, either qualitative or quantitative, must be based on a representative sample of people and professions or jobs, reasonably spread out by geographical areas. There are no cities that can be considered socially and culturally ideal (except The City of God by St. Augustine), nor are there others considered the absolute opposite. Anyone who has conducted research and/or moderated groups abroad should be perfectly aware of this.

Also, we cannot reject a consultant from Southern Italy because 160 years ago his ancestor fought under Bourbons’ flags, or a Roman because of Christians given as lunch to beasts in the Colosseum, and so on. I am seemingly paradoxical here, but not far from the truth.

In quantitative research, international clients continue to expect and demand broad representativeness. In qualitative research, certain geographical Italian areas are prevalent in research briefs, exactly because these clients are influenced by the above-mentioned memes.

It is axiomatic in our job that, while quantitative research is based on number-related representativeness, qualitative research focuses on a cultural base. Qualitative representativeness, in fact, is about culture—a combination of different production styles, behaviors, and emotional models that are typical of a group sharing the same language and values. Quantitative results are numerical while qualitative outcomes are psychological, anthropological, semiotic…in a word, cultural.

Thus, exactly as the respondents generally “represent” the local culture they belong to, so does a specific city. Each city—a socio-cultural-geographical area—defines a given cultural aspect. It represents a part of the “whole,” and the whole is, in turn, represented by the combination of individual parts. As a result, in a qualitative research context, we should not only investigate one part, but rather dive deep into wider-ranging cultural-geographical areas, including a broader assortment of local respondents/representatives.

If the goal is achieving reliable results, this cultural representativeness should urge us to diversify the geographical sources of our samples.

This is even more true in Italy (and other Mediterranean countries), where cultural representatives are numerous. In Italy specifically, a country with a vertical geographical layout that was unified relatively recently (1861), several cultures are spread across the national territory. They bring a legacy of cultural and even linguistic differences within the local cultures, reflected in a kaleidoscope of national identity. It becomes necessary to use samples as widely representative as possible. In fact, as Montesquieu (The Spirit of Laws) and de Tocqueville (Democracy in America) argued, political institutions—here read marketing too—need to reflect the social and geographical aspects of a specific community. They anticipated, I think, the modern concept of “glocal,” the interconnection of local and global (or multi-area) issues.

I will not draw a “map of differences” of Italian areas for international research users; it would contradict my former assumptions about particularities not being carved in stone. However, I suggest you start from the premise that qualitative-quantitative sampling in Italy must cover the north, the centre, the south, and the islands. The main cities in these areas should always be considered as focal recruitment areas, of course, depending on the primary research topic or the available budget. Regional attitudes and behaviors, and ways of thinking, acting, and reacting, as well as consumption and production patterns, may represent important variables in terms of diversity, as well as the key to analyzing the common points (deductive vs. inductive process and vice versa).

From this point on, an international client or researcher who wants to know the big picture needs to examine the many local differences, with the help of Italian colleagues and providers. They should also request that more cities be included in the samples, when possible. The kaleidoscope will then turn into a telescope.

In Conclusion… Well Begun Is Half Done

Repeatedly choosing the same city while excluding other research sites (as it frequently occurs) represents a methodological mistake and risks jeopardizing the outcomes of a research project.

Like everywhere else around the world, in Italian research too, using pondered and well-distributed sampling is crucial. In the qualitative setting, proper sample distribution is even more important because it implies examining different cultures, that in turn mirrors different ways of thinking and acting. It is exactly this type of distribution that can lead to the final synthesis. The fusion of the characters of different cities yields the sense of that collective soul likely to represent the true spirit of a successful qualitative research project. It is thus necessary to debunk the idea that further down in the peninsula clients will meet poorly skilled agencies or inappropriate services.

You will love the range of our peoples’ characters. I feel the same when I moderate groups or one-to-ones across Italy. I love the southern pizzazz (and pizza too!), the northern rationality and sensibility for aesthetics, the central Italy enchantment of storytelling, the islands’ discretion, and that magic mix of them all, which defines our national identity.

It is precisely the combination of different microcosms that adds up to ultimate value in research. More technically, the analysis of different realities can help leverage local opportunities in view of more specific glocal strategies. In fact, only local plus local makes glocal.