Sure You Can. But Should You? 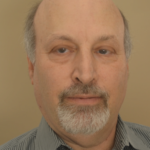 I’ve been thinking a lot these days about ethics, particularly of the professional variety. I’ve encountered a few situations recently in which some difficult ethical questions arose. Some of these involved how we recruited research participants, some related to the use of those participants’ personal information, and some were about the interpretation of research findings. In none of these situations was there a single, clear, correct answer. As so often happens, we were working in those all-too-common grey areas. I’m not the only one who’s preoccupied with ethics these days. The European Union and the State of California, to name just a couple, are also interested. Both have passed legislation intended to bring more ethical practices to the treatment of personal information.

As the philosopher Will Durant once pointed out, “We are what we repeatedly do.” His point was that excellence is habitual, but he could have just as easily been talking about ethics—the key to being an ethical person lies in habits. But what, specifically, does that mean? Many years ago, I learned from a very wise man that ethics can be a bit less bedeviling if you get in the habit of asking yourself a series of four questions when you find yourself contemplating a dubious course of action. Here they are:

So there you have it: four simple questions for worrisome situations. If you make them a habit, you’ll make ethical behavior habitual as well.